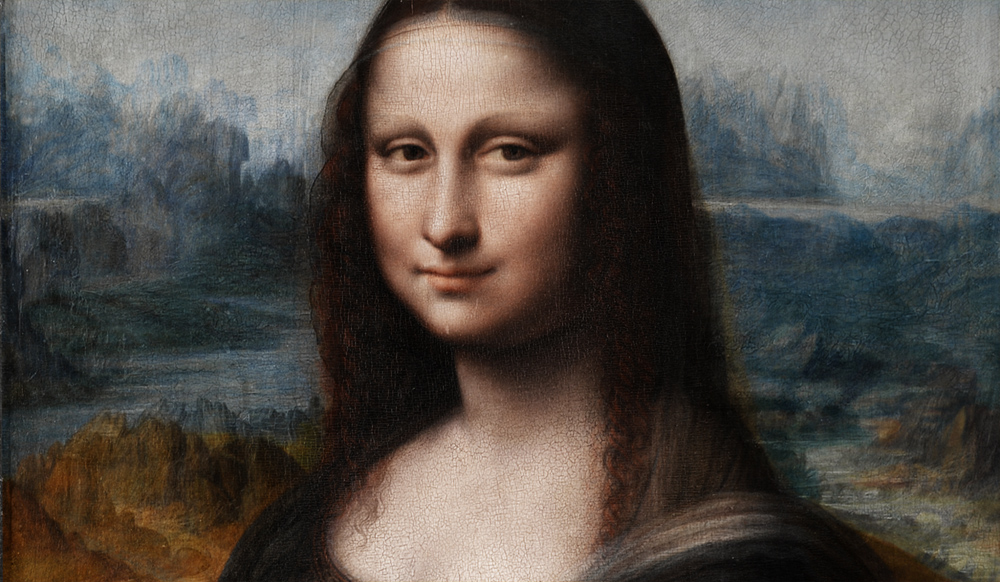 What changes in our historic perception of art when we imagine the Parthenon in its former colourful glory — embellished with blues and reds and painted friezes — instead of the desolated white ruins we sight today? Time seems to add a layer of distance to ancient art, of spurious reverence towards their so long thought immaculate presence. For a large part of our history both Greek and Roman sculptures and architecture were considered to have been created in this pristine candidness of idealised purity, so often emulated in neoclassical times. It is now widely recognised that instead of the pure white reality we see today they were instead covered with the splendour of colour. Sadly, it’s something we cannot regain and may at best simulate with the tools we have for the benefit of our imagination and interpretations.

Yet, such shift in our understanding of the use of colour is not only important for archeological and art history reasons, but also because they shape our sensibility and development — how we understand colour through art history is part of our aesthetic legacy and commitment to truth. 1 Our understanding has a direct impact in our rendition of the past, and our use of it in the present.

Much later in history, in the domain of painting, we also face similar challenges. It’s only recently that we have the tools necessary to truly inspect the layers, materials, and pigments that paintings were made of. Research has indicated that the background in the Girl with a Pearl Earring by Vermeer is composed of a transparent layer of indigo mixed with weld over a dark black underpainting. This would have looked originally like a deep dark greenish background instead of the almost plain black we can see now. That is before the degraded composition of the paint and the fading of colours as they react to light occurred. The same is said to have happened with certain pigments in something as fresh in history as Van Gogh’s work, where chrome yellows have lost intensity and other pigments faded due to their poor lightfastness. 2

Besides the natural tendencies of certain pigments to fade and change through time, there’s also the use of varnishes of several kinds, often applied years or centuries after the works were finished by new owners, restorers, and conservationists, with various effects in the final colour rendition and overall tone of the painting. This becomes particularly evident with the often controversial cleanup works carried these days by restorers that seek to chemically remove spurious layers of varnish and overpainting to bring the works closer to their original condition. Museums have different policies regarding the extent to which they are willing to attempt the removal of the varnish layers and dirt that obscure the original paint without risking damaging the work itself.

An example of how dramatic the result could be can be seen in the restoration of Danae and Venus and Adonis by Titian carried by the Prado Museum in Madrid. In the case of Titian, his use of colour (with access to a wide range of pigments in Venice during the high Renaissance) is well documented, the quality of his flesh tones remarked by many contemporaries and artists through history. The condition of the work before restoration was but a pale impression of the artists intention. Another important aspect of validating these restorations is the contrast some of the works have compared to other contemporaries that used the same pigments and techniques, yet for various reasons were not varnished as aggressively or better preserved in general. Sometimes (even better) this reference comes from other works by the same painter or within his workshop.

Paintings by Leonardo da Vinci are scarce and often in delicate shape. Titian is estimated to have painted around 400 works of which around 300 survive; this is a stark contrast with Leonardo’s body of pictorial work, which gives even less room to make comparisons within his opus to determine the tonal qualities and guide restoration processes. Yet, the judicious comparison with other Renaissance artists, the insight into the process as well as the materials used — not to mention his own reflections in his Treatise on Painting when he writes about colour or the blueness of aerial perspective — all give a frame of reference. It’s not a daring error to think that when it comes to the great Leonardo da Vinci we have but a glimpse of his outstanding work. 3

A few years ago there was controversy when the Louvre restored The Virgin and Child with St. Anne, one of Leonardo’s latest paintings, removing the obscuring impression the brownish patina had in the work. There was a wave of reactions with mixed impressions, hard as it is to separate truth from personal estimations of what makes a Leonardo picture, there’s no consensus when it comes to clashing sensibilities and the notion of what a Leonardo “should be”. The restored luminosity and richness in colour is comparable to the often visceral rejection the coloured Greek sculptures and buildings produced in the collective mindset when they came to light. To many people, Greek sculptures should have remained white and “pure”. Outside of legitimate concerns over solvents damaging the extraordinarily delicate blending technique of Leonardo should they be too aggressive, it’s also true we have gotten used to seeing these masterworks through the faded patina of earthy tones, varnishes, and dirt that the striking resurgence of colour from below is often met with initial repel and unfamiliarity.

Yet this effort is crucial to bring such a treasure of humanity to clear sight. Mastering colour, mastering its subtleties, its power for reaching sublime balances is something only few achieve. In the history of painting those that achieved it stand as giants. Leonardo da Vinci certainly was one — as he was a master in everything he set himself to do. It is a very unfortunate reality that today it is perhaps one of the hardest things to appreciate in his remaining paintings due to the ageing, layers of oxidized varnish, and mistreatment applied to the works throughout time and their various possessors. Our sensibility gets used to the current perception of it, and we risk doing a disservice to his work when we distort them by leaving them as they are.

Which brings us to the Mona Lisa. This is a rather accurate photographic representation of the state in which we can contemplate it today. Its former glory perhaps forever lost to us outside of imagining, as we compare the work with other contemporary pieces of similar techniques and pigments, how it could have looked like to its contemporaries.

However, with recent good fortune, we have the unforeseen perspective given by a remarkable discovery, a feat for the academic world of art history. It was not a discovery of a painting but a re-discovery of a Mona Lisa copy, which previously had the background completely covered in dark paint and was considered to be a later copy of not much value held in the vaults of the Prado Museum in Madrid. Restoration processes carried by the museum allowed for the original landscape to come into sight. And what a sight it was! It unveiled the magnificent landscape, mountains, lapis lazuli sky, earth tones, greens and reds of the dress fabric, and the flesh tones of the model. A copy of remarkable quality in how well preserved it is and faithful to the original. Since it’s suffered a much less eventful life than Leonardo’s work, the colours have remained much closer to being intact.

This copy gives us a unique glimpse into a lost quality of one of the most significant artworks of humankind. By looking at it, while lacking the grace of form, shape, and subtle lightning from the hand of Leonardo himself, the observer can still get an idea of the colour magnificence and overall splendour of shape and light the original work may have had. That is enough to captivate the mind. The exercise of transporting such colours into the Louvre’s work is daunting and exhilarating at the same time — it makes the work live in our heads, still able to inspire from behind the yellow-brownish surface of its present reality.

The restoration work also involved meticulous analysis of the underpainting which, according to the studies, have shown pentimenti of the same kind in both the original Leonardo masterpiece as well as the Prado copy. Infrared reflectography showed there were remarkable coincidences in the underdrawing, with common lines traced perhaps from a shared cartoon. There were corrections applied to this initial transfer by the master that were also present in the Prado copy, following the same process. All of this seems to eloquently convey that both works were painted together at the same time, perhaps by one of Leonardo’s pupils or followers working in his workshop, closely replicating what the master was doing.

It’s tragically impossible for us to appreciate the original work in its purest and intended form — we can only piece together its authentic beauty from different sources and through the will of our imagination. The Prado version is thus an invaluable reference. Maybe some day, by the evolving craft of our aesthetic archeology, we can piece this work together in a more excellent way, above the distant depiction behind a glass at the mercy of a thousand uncaring flashes in the Parisian museum.

The following is a reconstructed digital visualisation, made by myself, of what Leonardo’s work could have looked like using the colours from the Prado copy: