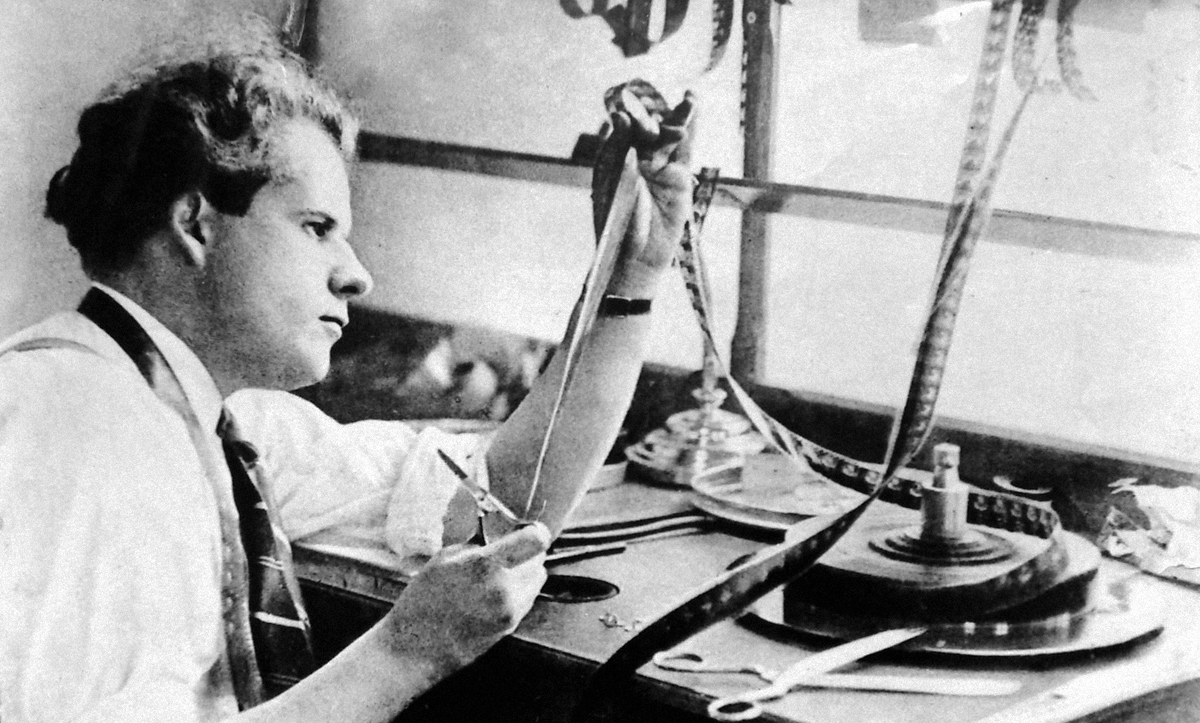 Andrei Tarkovsky once defined cinema as sculpting in time. The most distinct feature of web design, as it is compared to other forms of design, is precisely that it exists in time. If graphic design was often thought as the corollary of painting, then web and interaction design could very well be the corollary of filmmaking. As such, it seems to be in it’s infancy when it comes to the lessons discovered by cinema through its short centennial history.

During the early 20th century, film creators realized editing and montage were core aspects of the craft, so redefining that many held it as the one distinct essence of cinema. The one thing that moved it from a mere technical advance in photography and motion study, to an art form capable of wonders. One of these concepts was a particular study known as the Kuleshov effect, demonstrated by Lev Kuleshov, a Russian filmmaker of the golden era of montage exploration.

The experiment was quite simple, but with profound consequences. He chose a fragment of a close-up shot of a soviet actor staring, one in which the acting was particularly neutral. He then juxtaposed that fragment with other pieces of film — in particular, one of a plate of food, another one of a dead girl in a coffin, and another one of a child playing.

He showed this sequence, put together, to an audience — and the reactions were remarkable. The people specially lauded the acting, where the actor could so profoundly represent hunger (looking at the food), sorrow (looking at the dead woman), and nostalgia (looking at the child playing). The aesthetic consequences of this realization are captivating, and extremely vigorous. 1

This was the same exact shot of the actor doing nothing in particular, eminently not-acting. However, and as with most true art forms, aesthetic representation is synthetic. The viewer fills the gaps, connects the pieces, and infers more than what is the plain material. Particularly, knowledge, concepts, and experiences are being derived, created in that empty gap where two fragments connect. There was no “hunger” implicit in the acting (it wasn’t even the intention of the actor) nor in the food itself. The sentiment of hunger exists only in the evolving of time created by the assembling of these two fragments. 2

This, of course, has gigantic impacts on cinema, and good directors know how to work with this to achieve sublime beauty that goes beyond what seems to be represented on each screen fragment. It also matters greatly to actors, obviously, because their performance is not just what they intend to act, but how their shots are pieced together; what they look at, and what comes before and after. Good actors also know this.

And now, back to the field of interaction design, how does this affect those who practice it? I believe this has significant consequences here all the same. Largely unexplored. There’s a distinctive lack of thought around this in-between area where connections are created, emerging into something that cannot be reduced to the parts. What happens when someone goes from one page to the other? What happens in the switch of context? Do web designers acknowledge there is more being created in the viewer than what they explicitly intended to put there? There’s many studies and theories and practices revolving around what is laid out in the page. Or even in the flow and nominal succession of stages. But what about that invisible instant when two things clash?

The most web developers have concerned themselves is with transition states. Usually trying to even the journey, looking to smoothly transition from one state to the other. That’s a pre-editing stage of realization — make everything seem like it’s a continuum. One sequence. Film montage discovered that time (in it’s cinematic sense) is being created beyond the singularity of each screen, beyond shot-sequences. That the continuum is being sculpted at a higher level — in that whole dimension that transcends individual pieces, and gives tremendous creative power.

In a way, web design needs to find its own montage lessons to control their less tangible experiences, to control the effects that are being created when screens are switched (specially as the viewer is often choosing the path). When what is being designed is not just the specifics of a screen, or the abstract notion of a flow, but the gap between different fragments of an experience evolving in time.